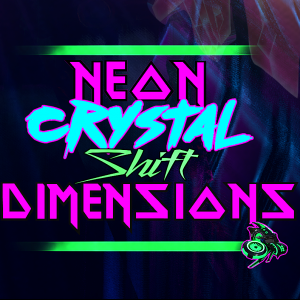 An action sidescroller game about a sentient little spaceship escaping from a crumbling spacestation. The ship can slow down time and shoot. However, his main ability is to shift between two dimensions to escape harm. While in the real world, crystals appear as ghostly objects that can simply be ignored, while physical objects function as obstacles. However, shifting into the Neon Dimension will make physical objects into ghosts, while turning the crystals red, making them the new obstacles. To escape the spacestation players must cleverly use the shift mechanic to dodge obstacles and making it to the end.

For this project I was level designer for the most part. I created the entire first level as a sort of tutorial to teach the player to utilize the different mechanics and prepare them for later levels. The second level was cocreated by me and another designer from the team. I also did some light scripting, a good part of the design of the mechanics as well as the feel of the controls and balancing.